Author Larry Hunter Asked God To Show Him Hell, What He Saw Was Worse Than He Could Have Imagined! WOULD YOU LIKE A FREE COPY!

FOR most people the expression “go to hell” is merely a verbal insult designed to pack a punch.
But for author and broadcaster Larry E ‘Buck’ Hunter it conjures up a very real and vivid experience of a place he never wants to return to.
Hell was not the inside of the Federal prison cell he experienced when through an extreme set of events was sentenced to 72 months behind bars in a US Federal Prison Camp.
Nor was nothing like the memories of his alcohol crazed days on the road with his 60s rock band, despite being known to have said back then: “I will have lots of friends to party with when I get there!”
It wasn’t something Buck encountered in his every-day life, hell is not a metaphor he uses to describe a tough time in his life.

In fact, Buck went to hell by choice.

In his new book 7 Days In Hell, I Was There; Buck gives a gripping account of his encounter with the place most people fear. 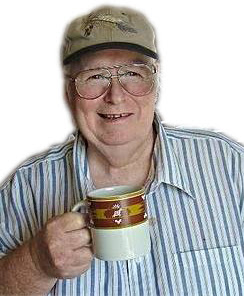 Larry E ‘Buck’ Hunter
He said: “This book really is an eye-witness account  of the true existence of hell.  I know, I was there, hell is real.
“Through an extreme set of events in my life, I found myself serving a 72-month sentence in a Federal Prison Camp for money laundering.
“While I was at prison camp, I ministered in the Camp Church. I had heard someone use the phrase ‘why don’t you just go to hell?’ and I made a point to the person that they shouldn’t wish that fate on anybody.
“His response back was ‘Well, why don’t you tell us what hell is like?’.
“I used this conversation in my ministering and I wrote a message titled So You Want To Go To Hell?.  I used all the bible references I could find, and as a result many men in the prison came to know the Lord because of that message.
“But it wasn’t enough.  I wanted to experience hell in such a way that I would be able to answer the question what it was like.  I wanted to be able to explain it to another person when they asked me.”
That’s when Buck took the brave step to ask for the help he needed.
“There was only one way to really become an authority on what hell really was like” explained Buck, adding: “and that was to experience it properly.

“I wanted to explain it with such authority that people would want to know Jesus the way I do.
“I wanted to be able to discourage people from wanting to risk ending up in the same kind of hell I did.

“So three years ago, I prayed and asked the Lord to show me what being in hell is really like.
“When I asked for this hell experience I had no thoughts of writing a book. But the Holy Spirit directed me to write down all I saw, heard and felt.  I believe he wanted me to let the world know that hell is real and that I had experienced it.”

Buck wasn’t as prepared as he thought for what happened next.
God did show him hell, in a dream vision and it was worse than he could ever have contemplated.
He revealed: “I was there.  The dream vision God gave me was so real I actually thought I was there, in hell and not dreaming.

“I had to pray and shake it off and I feel that God spoke to me saying that this was only a glimpse of the horrors of hell in the same way Paul’s vision of heaven in 2 Corinthians 12:1-4.

“For me I knew that this dream vision was just preview of what eternity would be like without God and it reminded me of the passage John 3:1-20.” 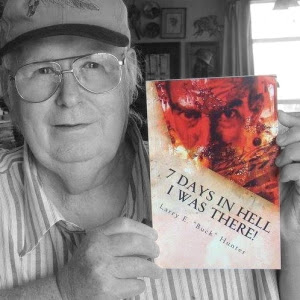 Larry E ‘Buck’ Hunter
In his book 7 Days In Hell, I Was There; Buck gives an open and honest description of his encounter with hell.
And although when he began his journey of discovery Buck didn’t anticipate writing about his experience he’s sure he was chosen to spread the message.
He said: “There is that occasional moment when a person is in the right place at the right time – these moments are rare – but, when they occur the results will linger for eternity.
“I was asked why write a book about hell by many people.  They cannot understand why when nobody goes to hell by choice.  My argument is that they do have a choice, they just don’t know it.
“The choice of whether or not people experience hell is one hundred percent theirs and I hope that by reading my book they will see this.
“No one should take a gamble on whether or not they will end up in hell.  It’s not worth the odds because the nightmare is much greater than anyone can ever imagine.”
7 Days In Hell, I Was There by Larry E ‘Buck Hunter is OUT NOW.  For more information log onto www.econopublishing.com or purchase on Amazon HERE.